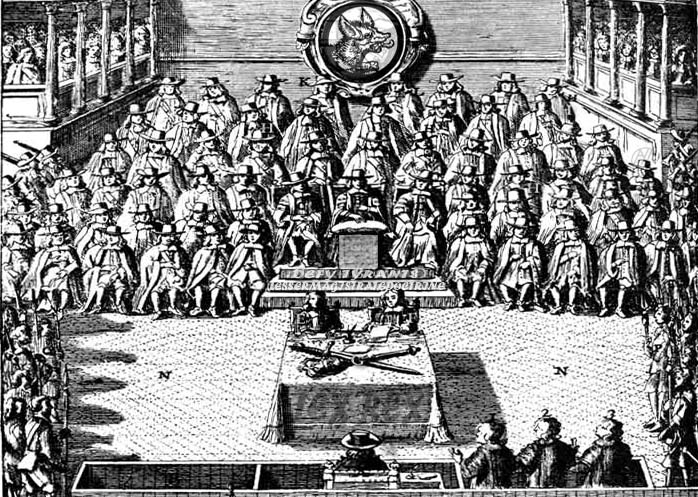 Appendix two, The Doctrine of the Lesser Magistrates: A Proper Resistance to Tyranny and a Repudiation of Unlimited Obedience to Civil Government, by Matthew J. Trewhella

“The commandment of the Lord is pure, enlightening the eyes.” -Psalm 19:8

Let us now examine the redemptive or mediatorial work of the law. When speaking of the redemptive work of the law, I do not mean that we are redeemed by the law. Men can only find redemption through Christ alone through faith in Him alone based upon His substitutionary, propitiatory work at Calvary on the cross.

What shall we say then? Is the law sin? Certainly not! On the contrary, I would not have known sin except through the law. For I would not have known covetousness unless the law had said, “You shall not covet.” 8 But sin, taking opportunity by the commandment, produced in me all manner of evil desire. For apart from the law sin was dead. 9 I was alive once without the law, but when the commandment came, sin revived and I died. 10 And the commandment, which was to bring life, I found to bring death. 11 For sin, taking occasion by the commandment, deceived me, and by it killed me. 12 Therefore the law is holy, and the commandment holy and just and good. 13 Has then what is good become death to me? Certainly not! But sin, that it might appear sin, was producing death in me through what is good, so that sin through the commandment might become exceedingly sinful.

Again, the law of God shows men they have sinned and are in need of a Savior. The law was given “that every mouth may be stopped and all the world may become guilty before God” (Romans 3:19-20). Hence, the law of God plays a critical role in the redemptive process of man – and that is what is meant regarding the redemptive work of the law.

Not only does the law of God play an important part regarding the very salvation of men’s souls in what the Church declares to men, but also through the realms of family government and civil government. Both of these realms are to also inform those under their respective jurisdictions when God’s law has been violated.

This too shows men they have violated God’s law and are in need of redemption (which is found in Christ alone). Who is the law for? I Tim.1:9-10 states:

Knowing this: that the law is not made for a righteous person, but for the lawless and insubordinate, for the ungodly and for sinners, for the unholy and profane, for murderers of fathers and murderers of mothers, for manslayers, for fornicators, for sodomites, for kidnappers, for liars, for perjurers, and if there is any other thing that is contrary to sound doctrine, according to the glorious gospel of the blessed God which was committed to my trust.

Now Pietism – which teaches that Christianity should be a purely private matter and that God’s law has no place in the governance of nations – always tells us that we are wasting our time when it comes to being involved in seeing that good laws are established in our nation. They mock it as mere “moralizing.” They say we should just be involved in trying to save men’s souls – we should just preach the gospel. But what Pietism fails to understand is that good law – that which mirrors the law and justice of God – helps men see where they are wrong, where they have sinned against God, where they do need to repent.

To read the rest of this appendix, including links and footnotes, click here.