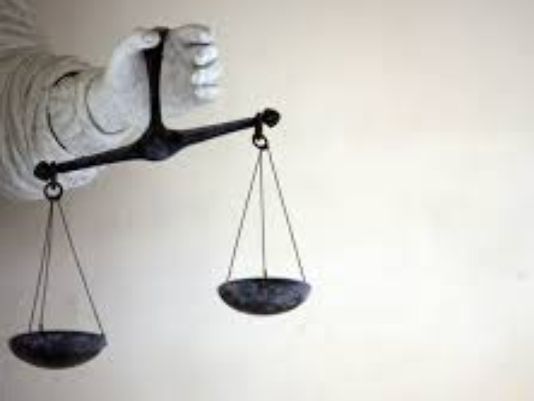 Is the Supreme Court the Final Arbiter of All Constitutional Questions?

A belief that almost all Americans hold to in our day is the idea that the U.S. Supreme Court is the final arbiter of what is constitutional or unconstitutional and all other branches of government at all levels must submit to the Supreme Court. The adherents of this false belief – and there is a sea of lawyers in this country who have a vested interest in furthering this odious fiction – actually have the hubris to point to the Constitution itself and say that the Constitution declares the federal judiciary to be the final arbiter.

Wholly opposite of this view of ‘judicial supremacy’ was the view held by America’s founders. They viewed the judiciary as being the weakest branch of the government.

In a letter penned in 1823, Thomas Jefferson stated: “At the establishment of our constitutions, the judiciary bodies were supposed to be the most helpless and harmless members of the government. Experience, however, soon showed in what way they were to become the most dangerous.”

Alexander Hamilton who was the most favorable to the judiciary – wanting to allay the fears that other of the founders had of the judiciary – stated: “The judiciary, from the nature of its functions, will always be the least dangerous to the political rights of the Constitution; because it will be least in the capacity to annoy or injure them.”

James Madison – known as the architect of the Constitution – stated: “The Judiciary is beyond comparison the weakest of the three departments of power.” He said, “In republican government, the legislative authority necessarily predominates.”  The legislature does not bow down to the judiciary – rather it predominates.

The judiciary is not the strongest – it does not write laws – it is not the final arbiter. Rather, as the founders stated – they are supposed to be the most helpless, the most harmless, the weakest, and the least dangerous to the Constitution. All that has been turned on its head. Now all other branches bow down to the judiciary – as though they can do no other than obey. America has replaced a monarchy with an oligarchy.

We now have social transformation without representation.

Jefferson warned of this 200 years ago. He wrote in a letter in 1820 to an early judicial supremacist: “You seem . . . to consider the judges as the ultimate arbiters of all constitutional questions; a very dangerous doctrine indeed, and one which would place us under the despotism of an oligarchy.” He went on to write: “The Constitution has erected no such single tribunal, knowing that to whatever hands confided, with the corruptions of time and party, its members would become despots.”

And that is what the Supreme Court is in our day – despots.

And they are not the final arbiters – as Jefferson states, “The Constitution has erected no such single tribunal.”

Jefferson stated in another letter in 1821 – a year later: “The germ of dissolution of our federal government is in the constitution of the federal Judiciary; an irresponsible body (for impeachment is scarcely a scare-crow) working like gravity by night and by day, gaining a little today and a little tomorrow, and advancing its noiseless step like a thief, over the field of jurisdiction, until all shall be usurped.”

And the judiciary has been doing exactly that for 200 years now. Rewriting the Constitution – giving themselves powers never granted them in the Constitution. Usurping all other government jurisdictions.

Senator Oliver Ellsworth, the primary drafter of Article 3 of the Constitution which delineates the function of the judiciary, promised the people of his state before the Constitution was ratified that the federal judiciary was “not to intermeddle with your internal policy.”

Now every governor in America bows down and bends over to the federal judiciary and the Supreme Court – as does every attorney general and state legislature. They accommodate murder of the preborn – they accommodate perversion of marriage – they’ll accommodate boys in the girl’s shower rooms too. None interpose.

Their duty is not to accommodate or bow down – but to interpose.

The judiciary is the tyrant. They are lawless. We are under the despotism of an oligarchy. And this lawless authoritarianism of the federal courts must be broken – it will only be broken by the interposition of the lesser magistrates.

Nowhere does the Constitution bind us to a suicide pact with SCOTUS.

As legal historian Alpheus Thomas Mason wrote not too long ago: “Implicit in the system of government the Framers designed is the basic premise that unchecked power in any hands whatsoever is intolerable.” The Supreme Court must be checked – and it must be checked by the state magistrates. Congress is not going to do it – Congress is a weakling. The state magistrates need to do their God-given duty and check the lawlessness of the judiciary.

Matthew Trewhella is the pastor of Mercy Seat Christian Church (http://MercySeat.net), founder of Missionaries to the Preborn (http://MissionariesToThePreborn.com), and author of the book The Doctrine of the Lesser Magistrates (http://DefyTyrants.com).  He and his wife Clara have eleven children and reside in the Milwaukee, Wisconsin area.