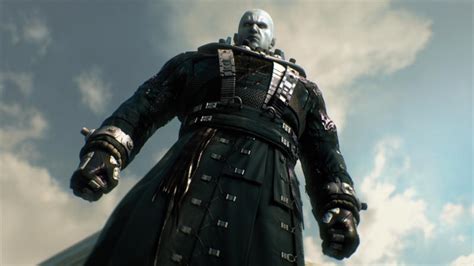 The Three Bodyguards of America’s Tyrant

Plato, as is told in the histories of the gentiles, when he saw Dionisius the tyrant of Sicily surrounded by his bodyguards, asked him,

“What harm have you done that you should need to have so many guards?”

America is suffering at the hands of a tyrant.

The tyrant is the federal judiciary – the apex of which is the Supreme Court itself.

Right now we have a Supreme Court which thinks it has absolute power. That all people and all other branches of government must bow down to them. We have an entire federal government arrayed by the Potomac with its tentacles spread across the nation willing to back this tyrant which dispenses injustice and immorality.

Resistance has been made through sound historical, legal, and theological teaching, but this tyrant has not suffered from the credible attacks made against it thus far because the tyrant is protected by three great bodyguards.

The Supreme Court has declared (1.) that their opinions carry the force of law, (2.) that they are the final arbiter of all constitutional questions, and (3.) that all people and all other branches of government must submit to them.

All men and all governments of men are accountable to God’s law. Divine law always trumps human laws. God’s law declares “You shall not murder.” His created order has declared that a man joins a woman in marriage – only. The Supreme Court has contradicted His law and created order and therefore should not be obeyed in these matters.

The lesser magistrates – state, county, and local government officials – demonstrate idolatry by paying homage to this false god through their oft-repeated slogan – “The Supreme Court has ruled – all we can do is obey” – rather than do their duty and interpose against their evil.

Not only do the other government officials affirm the fiction the Supreme Court has constructed for itself, but nearly every American also believes they must give the Supreme Court unlimited obedience. Such a notion stands in complete contradiction to the whole history of Western Civilization. An unjust law is no law at all – how much more a mere court opinion?

The other branches of government find this – the idea that the Supreme Court is the final arbiter to whose opinions they must submit as the law of the land – a useful tool that benefits them. They can tell their constituents they are opposed to something, but then sing the common song “But the Supreme Court has ruled – so all we can do is obey.”

The politicians love this because they can express their opposition to something while removing their responsibility to actually oppose the something. And because the people believe this fiction – they get away with it.

Let me share an example of this from the state of Wisconsin where I reside. When the U.S. Supreme Court refused to hear Wisconsin’s appeal regarding homosexual marriage being imposed on our state by a federal appellate court, Governor Scott Walker responded by saying, “For us, it’s over in Wisconsin. The federal courts have ruled that this decision by this court of appeals decision is the law of the land and we will be upholding it.”

Walker went on to say, “I’d rather be talking in the future now more about our jobs plan and our plan for the future of the state. I think that’s what matters to the kids. It’s not this issue.” Walker is so enthralled by money that he actually views it as more important than marriage.

Walker then sent those of us in Wisconsin on a fool’s errand stating that “The only thing we can do now is work for an amendment to the U.S. Constitution.” That is a bridge to nowhere. The preborn have been waiting for their Constitutional Amendment for 45 years now. Such an amendment will never happen – and Walker knew it. He simply wanted to keep good people busy like hamsters on their wheel while he ignored his duty.

Walker’s duty – and the duty of all state, county, and local magistrates – is to interpose and ignore such an immoral court opinion by SCOTUS. Not lend it aid by writing statutory law to accommodate it. Not hide behind the Court’s skirt.

In a true federalism – which is what our founders established – there is no final arbiter of constitutional questions; there is no “one branch” to which all other branches of government must bow and obey. That is the purpose of checks and balances.

We live in a nation of cowards. The people are cowards and the magistrates are cowards. If Paul Revere came riding through today to warn of the British, the response would be “Quick! Put up your gun-free zone signs and run to your safe space.”

When I present the doctrine of the lesser magistrates to government officials regarding their God-given duty to interpose against the evil of the Supreme Court, one of the first questions the magistrates ask is “but what will the federal government do?” This is a valid question, but what’s important to note is that – they don’t ask it so they can wage a good fight, rather, they ask it so they can talk themselves out of doing right.

The Bible says cowards will have their place in the lake of fire.

The Supreme Court has openly impugned the law and Word of God. They are spitting in the face of Christ. The Court should not be obeyed.

These three bodyguards – idolatry, political expediency, and cowardice – protect the tyrant. They are the reasons the state, county, and local government officials do not confront the tyrant. The federal judiciary and the Supreme Court will continue to inflict much harm upon America until the other magistrates recognize these bodyguards for the henchmen that they are.

As is the case with all human institutions that have declared ultimate authority and demanded unlimited submission – SCOTUS must be defied – nothing less will do. The Court must be reminded that their authority has limits.

America needs state, county, and local magistrates who despise idolatry; abhor political expediency; and eschew cowardice. We need faithful, godly, upright magistrates. These are the kinds of magistrates America is in want of.

The states must assert their sovereignty.

Matthew Trewhella is the pastor of Mercy Seat Christian Church (http://MercySeat.net) and author of the book The Doctrine of the Lesser Magistrates (http://DefyTyrants.com).  He and his wife Clara have eleven children and reside in the Milwaukee, Wisconsin area. 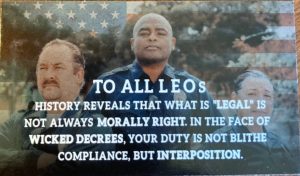 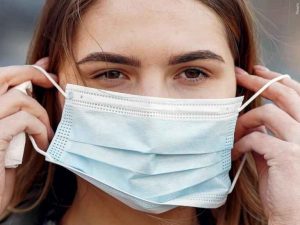 Sheriff Defies FBI: Interposition for all gun owners in his jurisdiction.
Blog

Our New Bumper Sticker is Flying Off the Shelves: DO NOT BECOME THE SLAVES OF MEN!
Previous
Next