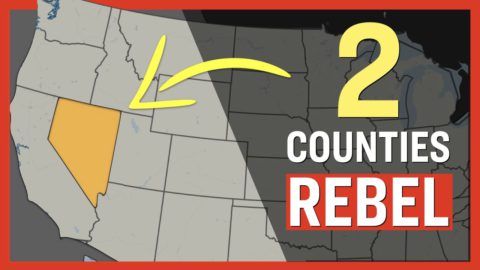 The Epoch Times has reported that two counties in Nevada have decided to go “Constitutional.” Realizing that the federal government is behaving as a lawless entity which routinely acts contrary to the U. S. Constitution (not to mention the law of God), and that their own state authorities have acted lawlessly also (as mere conduits and agents for the feds) – Elko and Lander counties in Nevada have issued resolutions declaring their interposition against the lawlessness.

This is the doctrine of the lesser magistrates in action.

Here is a copy of the resolution.

Here is a video covering what these two counties have done in detail. (Start at the 11-minute mark of the video – it is only 6-minutes long).