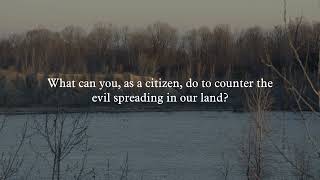 In this 4- minute video, Vicki Simons of South Carolina, shares a powerful and eloquent speech to members of her county board.

In her testimony before her county board, Vicki Simons exposes the “terms and conditions” of the COVID money the county has taken. What she brings forward here needs to be brought forward in every county, municipality, and state in America.

Men fought, bled, and died for our freedoms. We have no right to glibly give them away.

You must understand the biblical basis for this mindset by reading
“The Doctrine of the Lesser Magistrates”
https://defytyrants.com/store/book-the-doctrine-of-the-lesser-magistrates/

***ALSO – here is our 2-minute video in support of the truckers rallying for freedom in Canada!