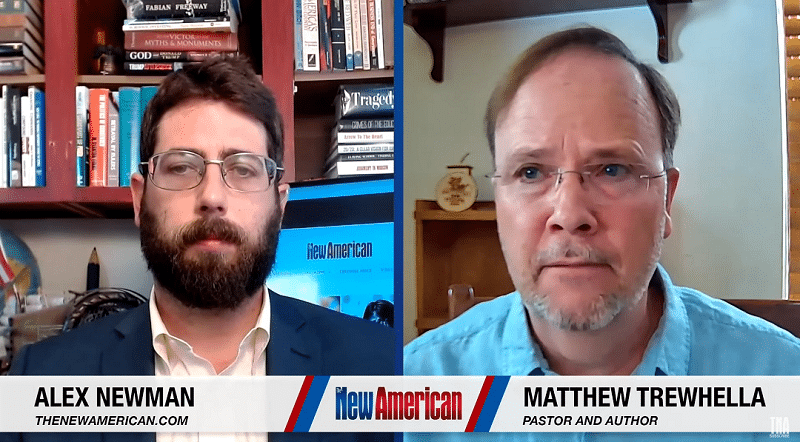 This is a 30-minute video interview with Pastor Matt Trewhella, author of the Doctrine of the Lesser Magistrates: A Proper Response to Tyranny and A Repudiation of Unlimited Obedience to Civil Government.

In this interview with Senior Editor Alex Newman of The New American magazine, Pastor Matt Trewhella explains that it is not just a biblical and constitutional right for Christians to resist tyranny, but a duty. Trewhella, who authored the book The Doctrine of the Lesser Magistrates, argues that Romans 13 has been widely misunderstood and misapplied, and that the Church has understood the need to resist wicked government decrees for 2,000 years. This applies especially to lesser magistrates, who have a duty to interpose between the higher magistrate and the people when unbiblical and wicked decrees are made from on high. Matt goes through many examples from the Bible and Christian history, as well as some recent examples of state and local government using their authority to protect the good from increasingly lawless and evil demands of the federal government. There are many applications for this doctrine today–especially resisting abortion, attacks on Christians, and restrictions on the God-given, constitutionally protected rights of Americans.