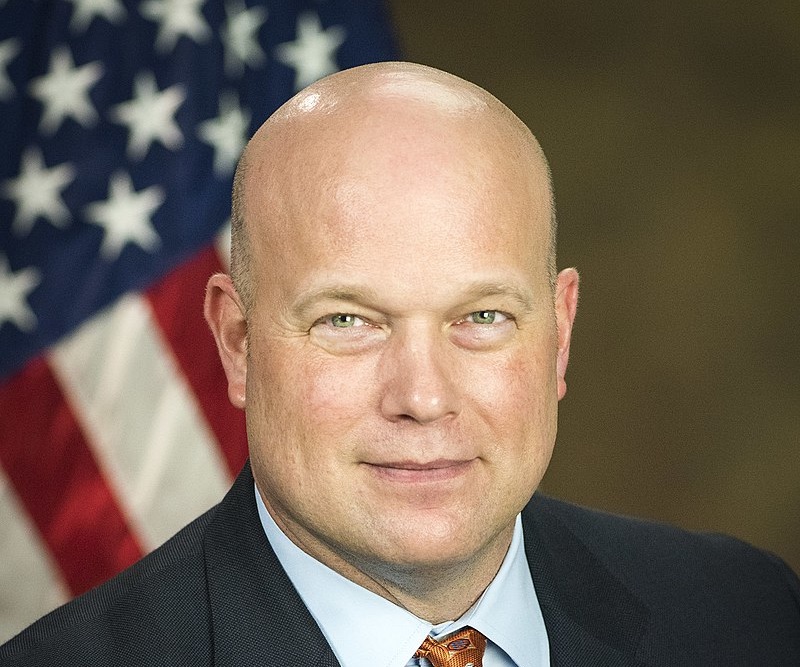 CNN is all in a bluster. They are attacking Trump’s interim Attorney General, Matthew Whitaker, for holding to the proper, legitimate, and constitutional position that states have a right and a duty to interpose and defy unjust/immoral federal laws, policies, or court opinions. As usual, CNN has pulled out their “experts” to try and school the American people in historical and constitutional fiction while attacking Whitaker.  [click here to read the CNN article]

Whitaker stated in a 2013 political speech: “As a principle, it has been turned down by the courts and our federal government has not recognized it. Now we need to remember that the states set up the federal government and not vice versa. And so the question is, do we have the political courage in the state of Iowa or some other state to nullify Obamacare and pay the consequences for that?”

He went on to add:  “The federal government’s done a very good job about tying goodies to our compliance with federal programs, whether it’s the Department of Education, whether it’s Obamacare with its generous Medicare and Medicaid dollars and the like. But do I believe in nullification? I think our founding fathers believed in nullification. There’s no doubt about that.”

CNN brought in “expert” – University of Texas law professor and CNN contributor Stephen Vladeck to rebut Whitaker. Vladeck stated, “It’s irreconcilable not only with the structure of the Constitution, but with its text, especially the text of the Supremacy Clause of Article VI—which not only makes federal law supreme, but expressly binds state courts to apply it. For someone who holds those views to be the nation’s chief law enforcement officer, even temporarily, is more than a little terrifying.”

The average ignorant American will believe Vladeck. But if they weren’t too lazy to pick up a Constitution and read Article VI, they would realize that Vladeck’s assertions are utterly false. Article VI does not make “federal law supreme,” rather it declares the Constitution itself to be supreme. All federal law must comport with the Constitution – or the states should resist it. Nor does Article VI bind the state courts to uphold unconstitutional federal laws – not to mention unjust or immoral laws.

CNN paid homage to Vladeck’s judicial supremacy by stating in the article: “Whitaker also said he believed that the courts were the inferior branch of the federal government, calling into question one of the most consequential rulings in Supreme Court history, Marbury vs. Madison, the 1803 case which established the power of federal courts to determine whether decisions or laws taken by by the President and Congress are constitutional.”

The truth is – the courts were the inferior branch – all the founders recognized this – nor did Marbury vs. Madison establish judicial supremacy. Whitaker properly stated, “It is completely fraught with peril for 200 years of history and Marbury vs. Madison and the fact that the courts have become more powerful even though they’re supposed to be the inferior branch. They have become more powerful than the other two branches because the other two branches lack political courage to stand up,” he said.

CNN even tried to dismiss nullification and interposition by bringing up the old strawman arguments of South Carolina and John Calhoun back in the 1830’s.

Whitaker made many solid statements in his speech cited by CNN. We need to point people to these statements and use CNN’s attack upon them as a teachable moment.

“But the federal government is smart. What have they done? They attach strength. They don’t just pass a law and mandate a state does something. They say we really want you to expand Medicaid, for example, and then we put strings attached, that we’re going to pay for 95% or whatever the percentage — just pay a little bit. And so I think nullification would be a brave and bold political act of our state leaders. I don’t see that across the nation as I look at who we elect to statewide office.”