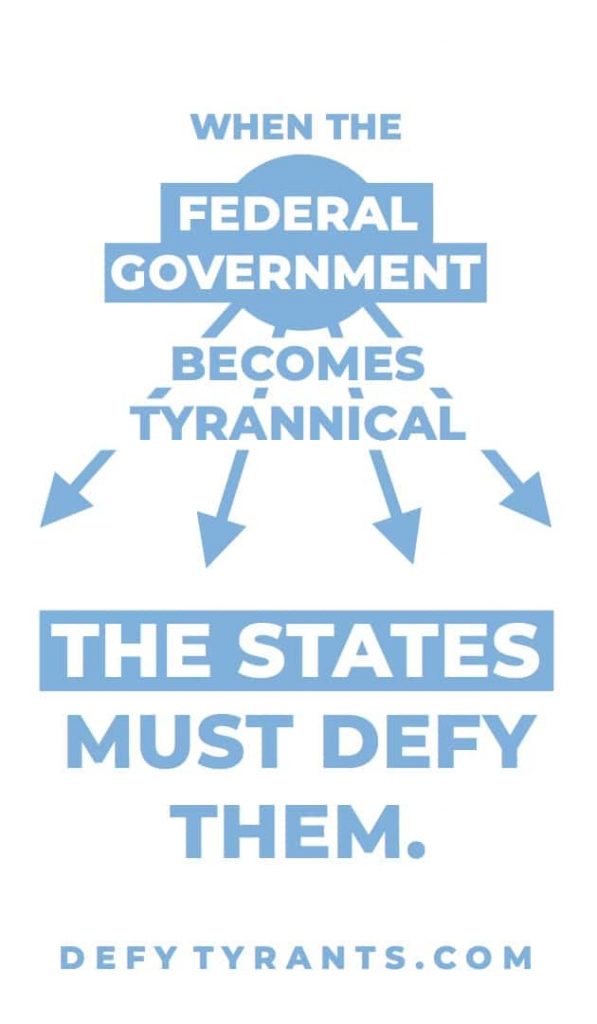 Our New Dropcard: States MUST DEFY the Feds.

Our new dropcard calls the states to account regarding their duty to interpose against a lawless federal government and its judiciary.

The back of the card defines the lesser magistrate doctrine so as you go through your day and give these to others and drop them in various spots, you are encouraging those who understand the federal government is out of control and must be checked – and you are teaching them the solution, namely, the interposition of the lesser magistrates.

The imperialism of DC must be checked!

States are not mere provinces of the federal government, nor are they mere implementation centers of unjust and immoral federal law, policy, and court opinion.