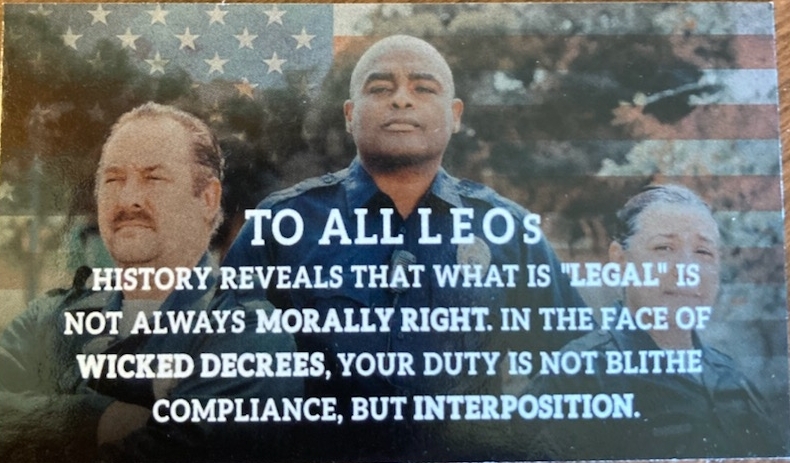 Given where we are with the lawlessness of this nation – particularly lawlessness among government officials – we want to get the doctrine into the hands of all law enforcement officers (LEOs). They are the muscle of the state and too many act as mere henchmen and thugs for the state. They need to understand their duty regarding their office – and its limits – as revealed by the law and Word of God. They must understand their duty in the sight of Christ and not act as mere robots for the state.

Hence, we want to bring them the doctrine of the lesser magistrates. So we have just launched this newest dropcard to accomplish this.

We have done much in the past in writing and speaking to LEOs, but now we have this simple card. Keep them with you – and give it to LEOs wherever you encounter them. Instructive if you just leave it with them or a great conversation starter. Give it to ALL LEOs – whether police, sheriffs, deputies, FBI etc…