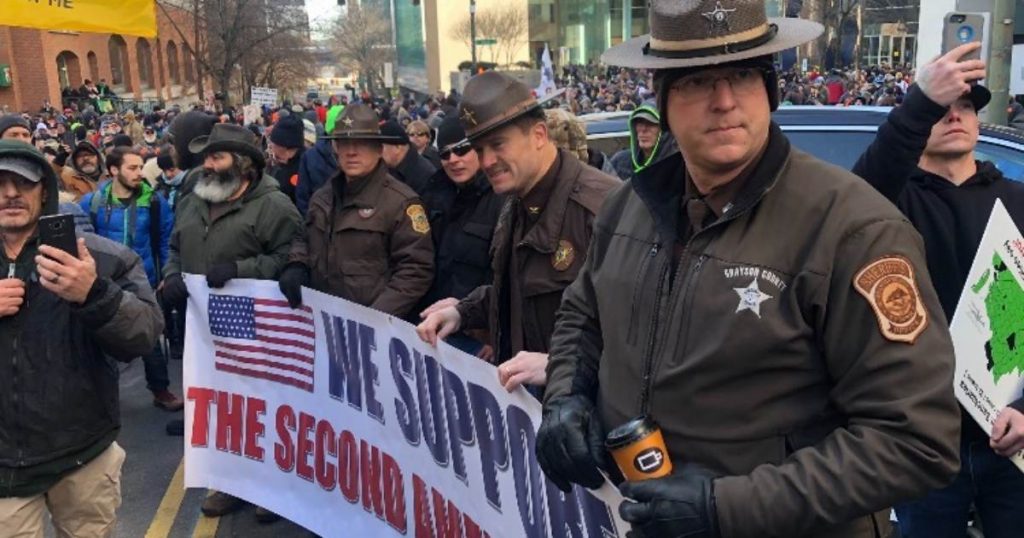 People Rally to Their Lesser Magistrates in Virginia

The revolt of the lesser magistrates is taking place in Virginia. 91 counties; 15 cities and 30 towns have now declared their defiance of the state government’s attempts to disarm the Virginia people. Several sheriffs and other magistrates from the county and local level joined with the people during the nearly 50,000-strong gun rally held on Monday, January 20th, 2020. The people rallied around them and cheered them on.

2). Lesser magistrates have been supported by many in their successful bid to achieve office; therefore they have an established power base of popular support already in place.

3). Lesser magistrates usually have constitutional precedent and law on their side; so that, in other words, there is some heritage or history to which they can appeal.

4). Lesser magistrates already have access to a public forum by which they can articulate the particulars of the grievances involved.

5). Lesser magistrates, by virtue of their office, are able to address the pangs of conscience, doubt, and indecision of the people when they see tyranny developing in their nation and see the need for resistance. People respond to honorable and authoritative leadership, so they recognize the lesser magistrates’ God-given authority to resist unjust and immoral law and can rally behind them.

6). Lesser magistrates can provide relief and refuge, protection and support for the distressed more readily than can ordinary individuals, becoming, by their office, an instrument of temporal deliverance/salvation for the distressed. This is institutionalized deliverance, a theme reiterated in Scripture repeatedly.

7). Lesser magistrates can strike terror into the hearts of oppressors, flushing them out into the open and exposing them for promoting what is evil; even as they attack the lesser magistrate’s position in office, and further their injustice.

8). Lesser magistrates have the best chance of resolving injustice without upheaval or bloodshed. A tyrannical government is less anxious to push their oppression if they know that the opposition has the proper leadership and order of lesser magistrates. When the lesser magistrates refuse to comply with unjust or immoral law, the matter can often be resolved in favor of what is right without armed revolution or bloodshed being necessary.

9). God declares a willingness to support such magistrates in their capacity and office, as they represent what God instituted government to be – a picture of true justice to the culture and citizenry at large and an empowered and proper deliverance against the onslaughts of oppression and evil. Such a position gives people hope and a foundation upon which to erect a just and upright system of constitutional protections and proper “due process” of law as bulwarks against tyranny.

Lesser magistrates, by virtue of their office, constitute lawful authority. When the lesser magistrate stands against unjust or immoral law made by a superior authority, his actions benefit those under his jurisdiction, as well as the nation as a whole.

Rally to your lesser magistrates Virginians and quell the abuse of power by the state government!

[The nine-point list provided here is taken from the book The Doctrine of the Lesser Magistrates: A Proper Response to Tyranny and A Repudiation of Unlimited Obedience to Civil Government]