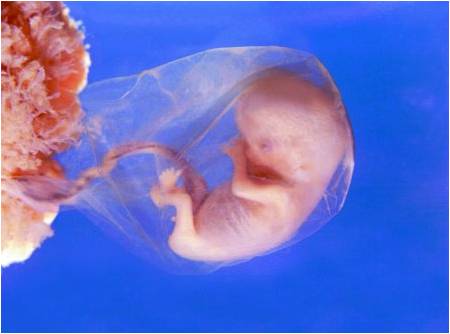 The leadership of Personhood USA has worked in defense of preborn children for decades. Love for our neighbor must manifest in action. And so we have acted. While God has used us to save many lives and to bear influence throughout the nation, we have grown increasingly dissatisfied with the strategies of the mainstream pro-life movement.

The sad reality is that just as many babies die under pro-life politicians as under pro-choice politicians.  Just look at the numbers.

One major factor is that all of our political capital and energy is bottlenecked by the Supreme Court, or rather submission to the Supreme Court by all the other branches of State and Federal government.

We are long overdue to see Governors around the nation stand up, ignore the lawless Roe v Wade opinion, and protect preborn children within their jurisdiction. This is love for our neighbor in action. This is just and lawful.

Personhood USA no longer seeks to work within the Roe paradigm. We do not want to spend another 40 years wandering in the wilderness of political cowardice and compromise.

And so we are joining ourselves to the growing movement to abolish abortion, state by state. To defy the tyranny of the Federal Courts.

We are thus rebranding ourselves as Defy Tyrants. This will be our rally cry.

We are not waiting around for Roe to be overturned (which would merely kick things back to the individual state governments) instead we are demanding that our “pro-life” leaders do their lawful duty, protect the preborn and abolish abortion in their state immediately.

Many pro-life and abolitionist leaders around the country are adopting this thinking and strategy. In the next 5 – 10 years we could see upwards of 20 states nullify Roe by ignoring the unjust Supreme Court ruling and abolishing abortion in their state.

It is our prayer that we will see courageous leaders rise up from amongst us to arrest the spread of evil and protect the God-given rights of all Americans, born and unborn.