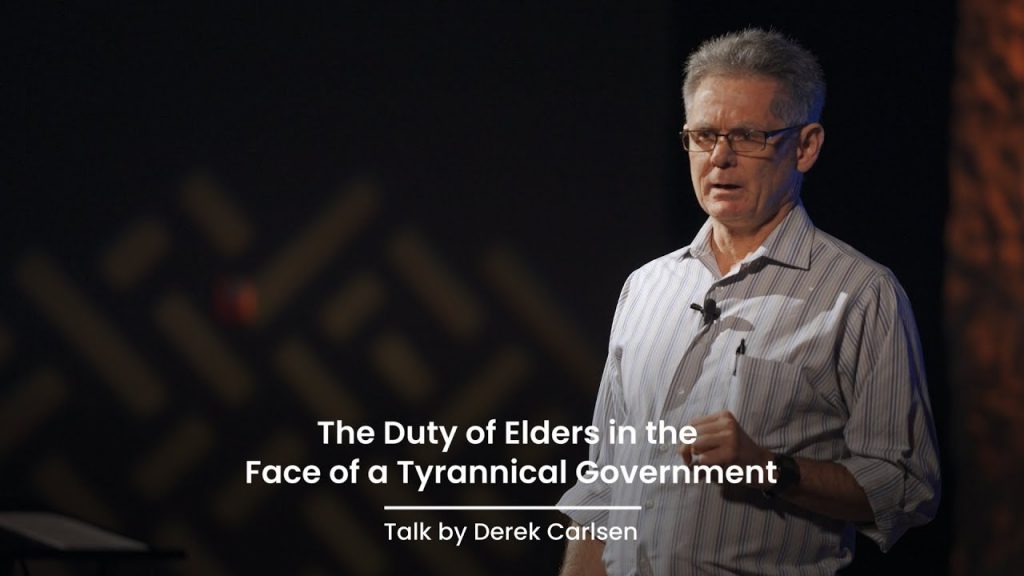 The 2nd County Before Country Talk: The Duty of Elders in the Face of a Tyrant Government

This is the second of six talks for our County Before Country Express Talks. These are 15-minute talks on massively important topics. We have heard from so many people whose pastors and elders have capitulated and complied with the tyrants here in America and around the world – that we decided this had to be one of the Talks.

This Talk entitled The Duty of Elders in the Face of Tyrant Government was given by Derek Carlsen.

Derek Carlsen is a pastor from South Africa. He experienced firsthand the oppression of a tyrannical government. He confronted the killer tyrant Mugabe with the Word of God. In this speech he confronts the failure of Christian elders to address the tyranny they see in society. He gives you – the people – actionable items to bring to your leadership. SHARE this Talk, especially with your Pastor and Elders!

This is a 17-minute Talk. Please share it with others! And be sure to subscribe to us at Rumble.

These Talks were conducted on November 30th before a packed house – about 500 people gathered. Christ’s presence was powerful.

We have received stellar and rave reviews from those who attended. They loved the format and the content. Many expressed how good it was to hear Christian thought applied to such massively necessary topics.

Many older people also noted how encouraged they were to see so many young people present.

We view these talks as a gift to the Body of Christ – and pray they are so.