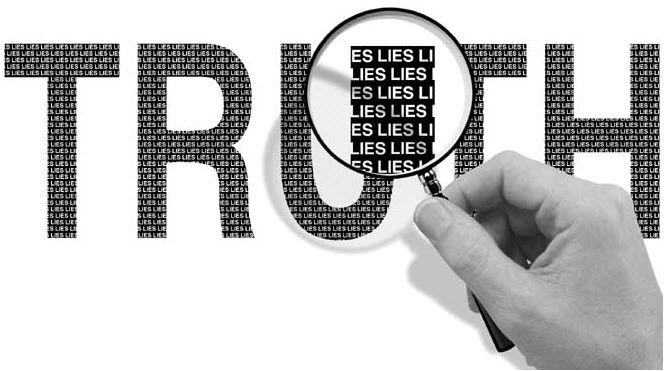 After publishing my latest article on March 13th, the latest example of the failed forty-year policy of the pro-life movement was witnessed yet again just two days later. Kentucky passed a “Heart Beat Bill” on March 14th and less than 36 hours later a federal court trampled the law.

Understand my point via my article on March 13th, the pro-life movement and GOP politicians have been doing this same play for 46 years now. They knew they could pass a bill.  And they knew a federal court would trample it once they did. They knew this would be the outcome before the process began.

Right now the “Heart Beat Bill” is being used to play the same game in South Carolina – where the politicians are going with the lesser measure while knowing the federal courts will trample it. I received this text from Columbia Christians for Life last week regarding their attempts for the Personhood bill vs. the Heart Beat bill:

Over and over, year after year, now for TWO PLUS decades, since 1998 when personhood legislation was first introduced in SC legislature, we see the truth of Oswald Chambers’ devotional manifested: “’Good’ is the Enemy of God’s Best.”

When will more SC legislators have the courage to say “NO” to incremental child-murder “regulation” bills advocated by South Carolina Citizens for Life and Southern Baptist Convention, Palmetto Family, and the Roman Catholic Diocese of South Carolina?

Understand, the pro-life/pro-family groups and the GOP politicians in South Carolina all know the federal courts will strike down this ‘Heart Beat Bill’ once it passes as law.

Understand also what I said in my article from last week: If you offer a politician something less to do than what is needed and necessary – he’ll take it every time!

A sitting South Carolina state senator, Richard Cash, also wrote to me on my wall at Facebook where my previous article was posted. He stated:

As a state Senator in South Carolina, I watched this play out last year just as Matt described. In the Senate we actually moved a Personhood bill out of full committee, but there also was a Dismemberment bill that came out. I told the Senate leadership and the pro-life leaders pushing Dismemberment that I would not vote for Dismemberment the way it was written but that I would sit quietly while it was debated on the floor IF the Personhood bill was brought to the floor FIRST and brought to a vote. I also told them it would be a train wreck if they kicked Personhood to the side and just brought Dismemberment to the floor. Well, just as Matt says, they chose the easier bill and I offered about 7 amendments, including a strike all/insert Personhood.

Understand, this Personhood bill outlaws all abortion. None are left behind. The bill also criminalizes the abortionist and all parties to the crime for murder. The sponsors of the bill expect their state to interpose and defy SCOTUS if this bill is passed into law.

This bill is like many abolitionist bills that have been introduced across the nation which would cause immediate interposition for the preborn and total abolition of abortion. In twelve different states now they have been introduced – and all of them have been killed by the GOP leadership and the pro-life groups.

Understand, the interposition of the state magistrates is needed and necessary. Our duty as ‘the people’ is to prod our magistrates and demand they do their duty and interpose. We must also assure them that we will stand with them four-square and give of our possessions, our persons, and our prayers – both publicly and privately – if they do right in the sight of Christ and interpose.

Understand, the federal judiciary must be defied. Nothing less will do. Congress will not do it as they are a weakling and often aid and abet the federal judiciary in their evil and immorality. The states must assert their sovereignty and defy the Supreme Court. The idea that they must obey SCOTUS is a fiction which history, morality, and legality all repudiate.

Understand also, as the political pro-life groups have followed this same strategy for 46 years now, a sad cozy relationship has developed. The pro-life groups fill their coffers and legitimize their existence in the minds of their supporters, and the pro-life politicians garner votes by being labeled “pro-life” while they did nothing except participate in the charade. They both benefit. The one who loses is the helpless preborn whom they both claim to care about.

The failed 46-year pro-life strategy is sustaining the slaughter of the preborn.

The magistrates must do their duty – which is interposition for the preborn.

As I said last article, I don’t say these things to be mean or to belittle. I say them because they need to be acknowledged – and we need to repent. Yes, we all need to repent. We have all been guilty of this charade at one level or another – in one way or another. I accepted the model or paradigm which was handed to me and devoted countless hours to the failed policy of regulative prolifeism. But once confronted with these facts, we must change what we do.

Matthew Trewhella is the pastor of Mercy Seat Christian Church (MercySeat.net) and the founder of Missionaries to the Preborn (MissionariestothePreborn.com). He and his wife, Clara, have eleven children and reside in the Milwaukee, Wisconsin area. To learn more about the lie of judicial supremacy or obtain the book The Doctrine of the Lesser Magistrates: A Proper Response to Tyranny and A Repudiation of Unlimited Obedience to Civil Government by going to the websites DefyTyrants.com or LesserMagistrate.com.