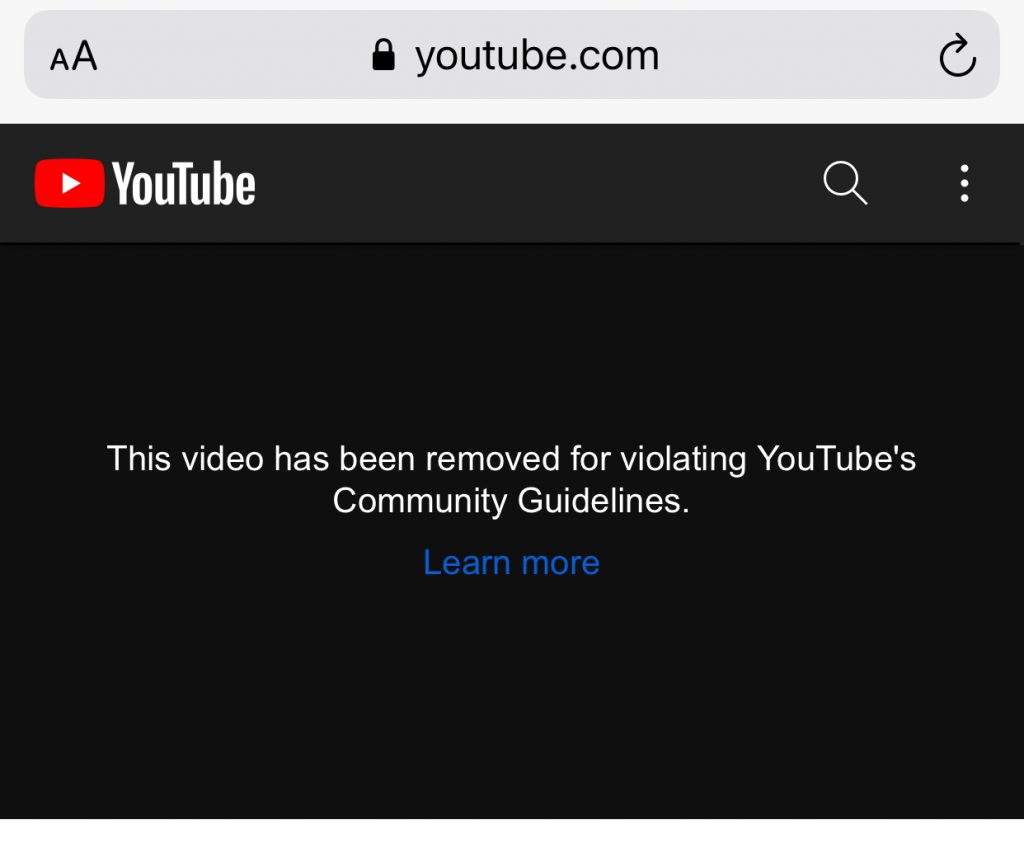 On Sunday, July 25th, Defy Tyrants posted a 5-minute video concerning the covid “vaccines.” In less than two hours, YouTube had removed it and sent us notice that we were banned from YouTube for seven days.   The title of the video is Pastor Speaks Out against Vaccines and you can see it now at Rumble.

YouTube informed us that next time we will be thrown off for 30 days; and the time after that – removed altogether. Therefore, we continue to build at GAB and RUMBLE.   Please share the video eveywhere as pressure by government and businesses to vaccinate is growing. In France – they are fighting for their very lives against ‘vaccine passports.’

PS. We later put up this video of our being censored.

Here is a quick series of posts Pastor Matt made this past week at GAB.com.

On July 26th: “So – have you figured it out yet? The government owns your body, and your doctor is an agent of the State.”

July 27th: “So – have you figured it out yet? You are living in a dystopia. Welcome to a Brave New World and 1984 on steroids – and they are using medical personnel to impose it. They are called “heroes” while they are really harmers. They are having you think the people who are harming you are “heroes.” The medical personnel are not “heroes” – most are whores who long ago sold their lives to the state to keep their jobs and careers.” #DefyTyrants

On July 29th: “So – have you figured it out yet? People complied and wore their masks to keep their jobs – now they have to get vaccinated to keep their jobs. Tyranny is built plank by plank. If people would have stood against the masks, they wouldn’t be where they are now. When tyranny raises its ugly head you must crush it immediately – not try to appease it. As each plank of the tyranny is accomplished , resistance becomes more difficult. Tyrants must be confronted and defeated.” #DefyTyrants